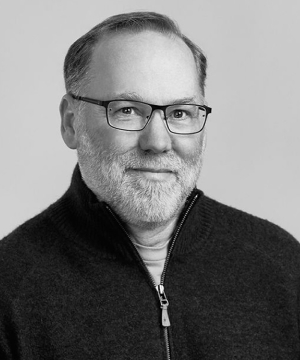 Fred Ramsdell, Ph.D., is a veteran biotechnology leader in immunology with nearly three decades of experience. Fred is a founder of Sonoma and serves at the Chief Scientific Officer.  Immediately prior to Sonoma, Fred was the CSO at the Parker Institute for Cancer Immunotherapy (PICI) where he helped to build and advance multiple research programs from the inception of the Institute.

After a fellowship at the NIH, Fred joined Immunex studying T cell activation and tolerance, with a focus on gene discovery and functional characterization.  He later joined Darwin Molecular (which was later acquired by Celltech R&D) to establish the immunology program.  Amongst other programs, he led the team that discovered and characterized FoxP3, a gene critical to the function of regulatory T-cells.  Fred joined ZymoGenetics in 2004, where he led teams studying novel proteins with potential regulatory activity in lymphoid cells. In 2008, Novo Nordisk brought Dr. Ramsdell on to help establish the company’s new Inflammation Research Center in Seattle and lead the Immunobiology group.